Featuring performances and lessons from artists around the world, Alvarez All Stars are a select group of musicians who move and inspire us.  We couldn’t be more honored that they trust our guitars to include in their signature sound, and we are proud and delighted to sponsor and endorse these up-and-coming talents.

Mackenzie Johnson is an American singer-songwriter from Philadelphia, PA. She is best known for her covers of popular songs on YouTube. With over half a million subscribers and 58 million video views and counting, her channel continues to grow at a rapid pace. Shortly after her channel began to gain traction, she was chosen to compete on the reality TV show Make or Break: The Linda Perry Project, along with American Idol, and most recently The Four: Battle for Stardom (season 2).

During that time Mackenzie also landed a music publishing deal in Nashville. Although it was a brief stint, she learned a lot about the art of co-writing, the music industry, and gained firsthand studio experience.

Some artists you can pin down to one genre but Mackenzie Johnson is not one of them. She continues to challenge herself as a singer and musician, adapting to any style of song she encounters, reimagining songs by pop artists like Ed Sheeran, Taylor Swift, and Beyoncé, to legendary artists like Billy Joel, Dolly Parton, Joni Mitchell, and David Bowie.

Mackenzie has achieved many accomplishments in the time since she started her YouTube channel back in 2010 including speaking and performing at a TED Talk, partnering with popular guitar companies like Alvarez and Ernie Ball, and performing onstage with Irish songwriter Glen Hansard (The Frames). She also sang alongside Natasha Bedingfield and Eric Hutchinson for videos on her channel.

Her endless talent, determination, and kindness continues to inspire thousands of people and music lovers online. As her channel’s success continues to grow, so does the demand for Mackenzie to release original music. Thankfully for fans, it won’t be much longer. Mackenzie is currently working with an NYC-based producer and planning to release her debut single some time this year.

How to Play "Me!" on the Ukulele

How Deep is Your Love (Bee Gees Cover)

Watch Me Write and Perform a Song Live

“I think I knew pretty early on” laughs British guitarist Chris Buck. “That first moment of being able to replicate what was coming out of my old man’s stereo had a big effect on me. I’ve wanted to be a musician ever since”.

​Despite a monthly column for Guitar Interactive Magazine, a weekly YouTube show, a signature set of Stratocaster pickups and guitar greats being quick to express their appreciation of Chris’s playing – (this guy’s a fu*king awesome guitar player!” – Slash), Chris insists that he doesn’t crave the spotlight. “From the moment I first picked it up when I was 14, I never wanted to be the virtuoso guitar guy” says Chris. “All of my favourite musicians were very much part of a band and worked to serve the song; that sense of interaction and spontaneity is incomparable. Making music with your mates; there’s no better feeling…”

See all videos by artist

South African guitar virtuoso, LOKI ROTHMAN is the complete package.  He has mastered many genres on the guitar, has a mesmerizing voice and paints beautiful landscapes with his original lyrics. Loki jump-started his career when he ended up in the top 6 on the first season of SA’s Got Talent.  He has travelled the world as Jack Parow’s brilliant guitarist, worked with the likes of Die Antwoord and Toya Delazy and runs his own private music school. Loki sent two brilliant releases into the world in 2015 exhibiting his amazing diversity as a musician – his debut album, The Way Back, and his guitar instrumental DVD, Syndactyly. 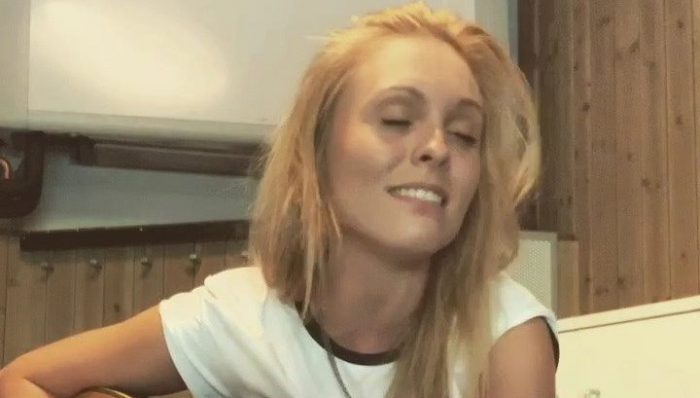 TORA is a blues inspired pop/rock band fronted by 25-year-old guitarist and lead singer Tora Dahle Aagård, who has earned herself extensive recognition and popularity due to her playful virtuosity, raw energy and unique stage presence. Her popular Instagram account is followed by guitar aficionados from all over the world.

TORA’s first full album will be released on 15th February 2019. It features pop/rock music that embraces the band’s love for the blues and soul genres. The songs are written by Tora herself, some in collaboration with Andreas Dahle Aagård.

In October 2018, Tora made history by becoming the first female guitarist ever to sign a sponsorship deal with Chapman Guitars, a UK based guitar company.

TORA was formed in 2011. Their discography includes 2 EPs – of which their second release, Change of Scenery (2016), reached the top of iTunes’ album charts. Several of their tracks are frequently played on Norwegian radio stations. They have performed on many of Norway’s biggest festivals and the increasing popularity opens the door to stages all over the world.

See all videos by artist

Rock With You (Michael Jackson Cover)

Tim Bloomer is a professional guitar player from Newcastle Upon Tyne. Since graduating from his B Mus(hons) degree in Jazz and Commercial Music in 2013 he has worked as a full-time performing and recording musician – becoming fluent in many styles of modern music, from jazz to country, rock and everything in between – and has toured the UK and Europe extensively.

2018 proved to be a busy and exciting year for Tim, with a huge amount of touring and several recording projects. Some highlights include playing lead guitar and lapsteel on the UK/European theatre tour of You’ve Got a Friend: The Music of James Taylor and Carole King and Tapestry, as well as for Cinderella at The Tyne Theatre & Opera House. He was also thrilled to play guitar for The Simon & Garfunkel Story during two sell out residencies in Dublin and London’s West End.

2019 led to more awesome shows and touring, including a continuation of The Simon & Garfunkel Story in Europe as well as the UK, and an extensive UK tour of Paul Simon’s Graceland Live, in which Tim backed American musician and Youtuber Josh Turner Guitar alongside a full live band and the South African Cultural Gospel Choir. Tim also played lead guitar for Rob Heron & The Tea Pad Orchestra for the majority of their 2019 album tour dates in the UK and Europe, and for a month-long run of Aladdin at The Tyne Theatre & Opera House. As well as performing live Tim was regularly in the studio in 2019, playing both guitar and lapsteel on a vast number of recording sessions for a variety of British and American artists. He was also delighted to be asked to become an Alvarez Allstar in 2019, and will subsequently be working with Alvarez Guitars to produce videos for their website and social media pages, as well as playing their acoustic guitars exclusively, both live and in the studio.

Make sure to stay updated on current projects through this website.